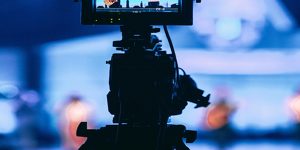 Westdeutscher Rundfunk (WDR) is the largest broadcast supplier within ARD, headquartered in Cologne. Among his buildings is the house “An der Rechtschule” in Cologne’s Old Town, which was put into operation in March 1965. It contains the TV studio C, whose complex rebuilding, including all areas of directing and technology, has placed WDR in the hands of the international management consultancy FLYING EYE, which specialises in tasks within the media and IT industry.

For FLYING EYE the methodical approach, the flexible planning and control, as well as reliable and trusting communication was most important for this project. One of the tasks was the cross-site merging of elements of the active direction D1 in Düsseldorf with newly installed technology as well as further additions by the WDR in Cologne.

“We would like to thank the WDR for the trust placed in us and the good cooperation at all levels. We are looking forward to the future projects,” says Stoffer Geiling, shareholder of FLYING EYE GmbH, summing up the successful completion of the project.